The Hunt for the Axion 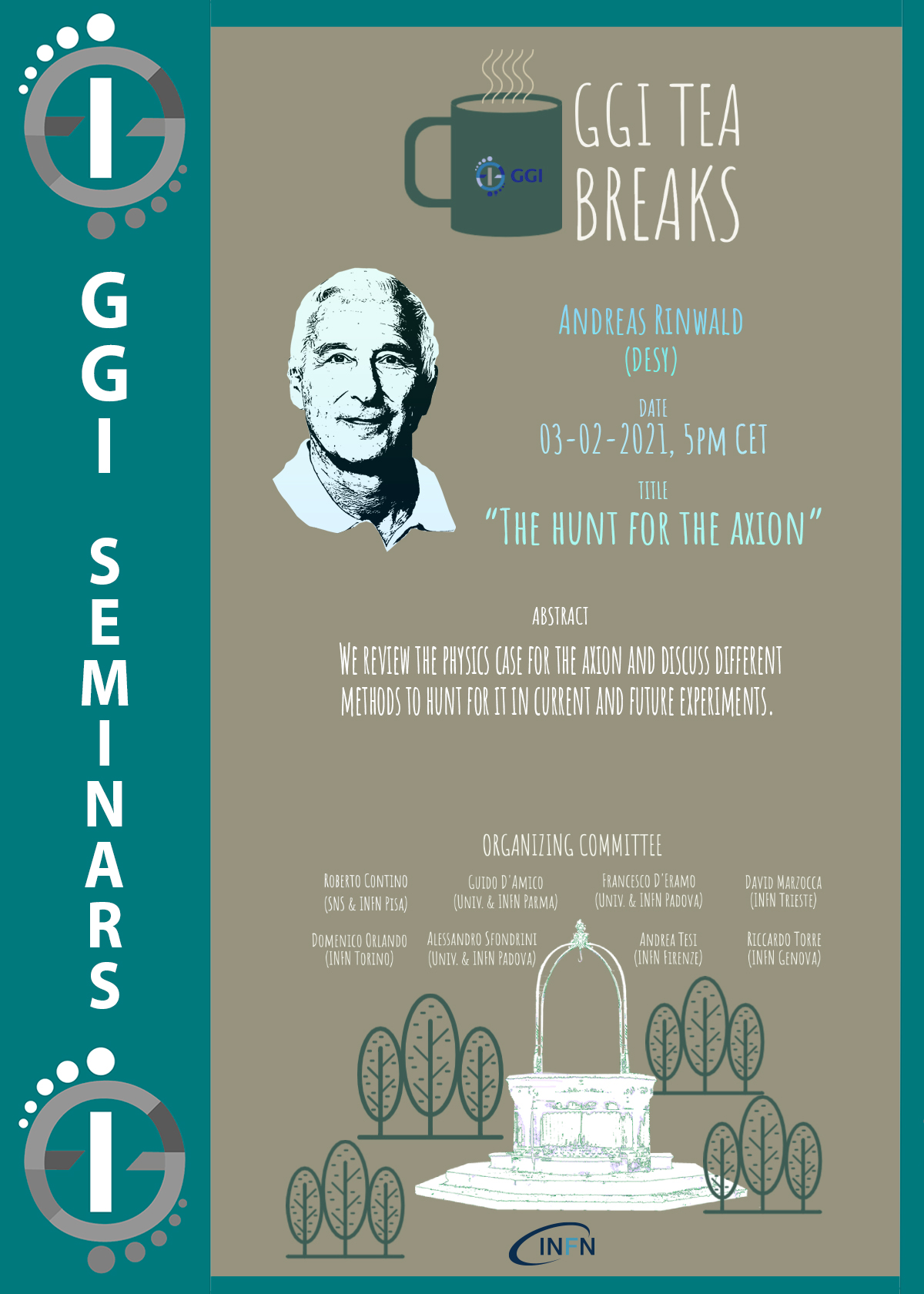 BIO
Andreas Ringwald is a research scientist at DESY, Hamburg. He studied physics and obtained his PhD at Heidelberg University. He was scientist at CERN before joining the DESY staff. He is a leading expert in both the theory and phenomenology of axions and other weakly-coupled hypothetical particles beyond the standard model. Among other things, he is one of the initiators of the ALPS and WISPDMX experiments at DESY and of the SHIPS helioscope at Hamburg Observatory. He has been the leader of the ALPS working group at DESY since 2013.


ABSTRACT
We review the physics case for the axion and discuss different methods to hunt for it in current and future experiments. 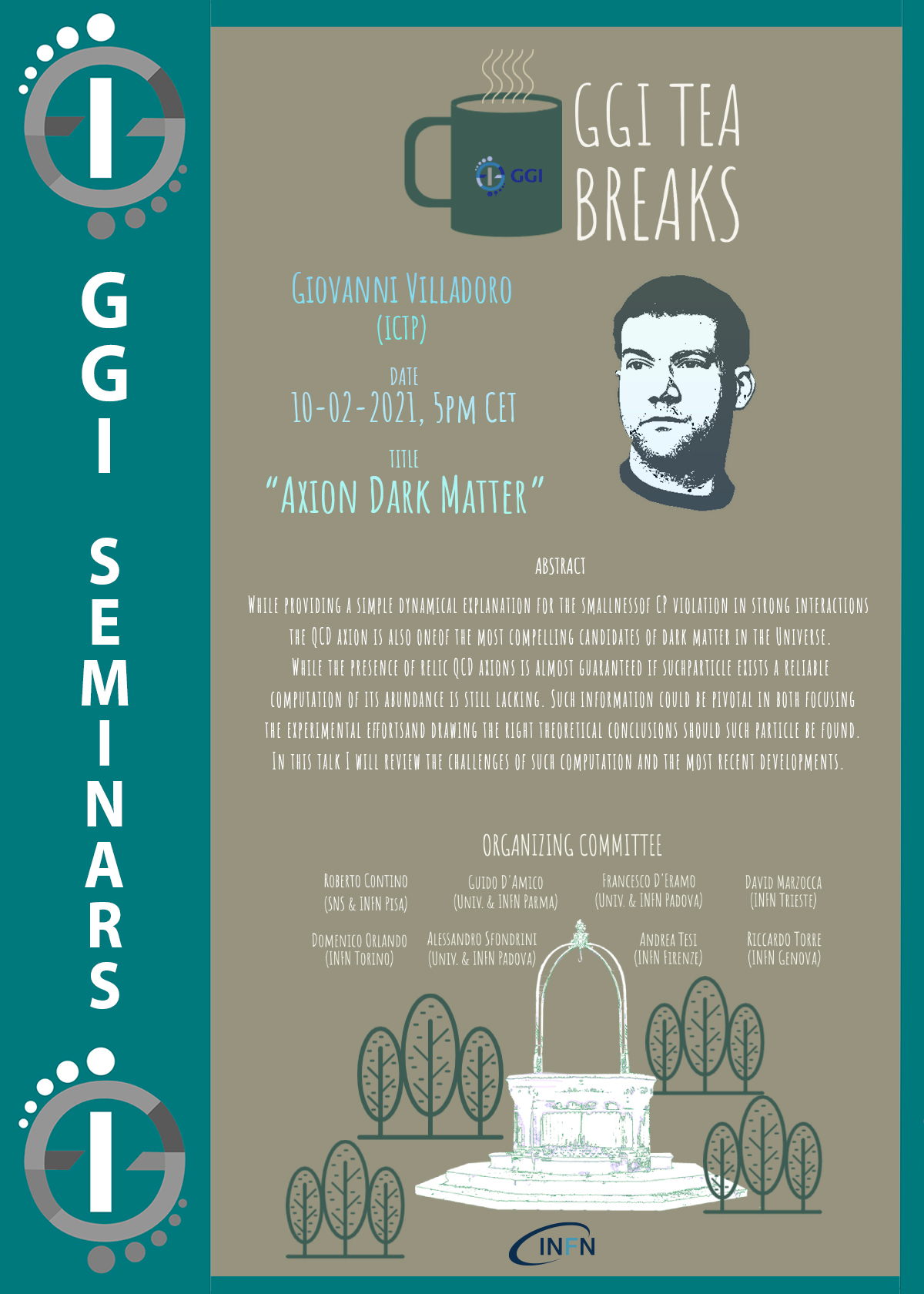 BIO
Giovanni Villadoro is Research Scientist at ICTP, Trieste. He obtained his Ph.D. from the University of Rome La Sapienza and worked at Harvard, CERN and SLAC. He is mainly interested in theories of fundamental interactions, including quantum gravity and cosmology, and beyond-the-Standard Model phenomenology. His research contributions span from lattice gauge theories and flavor physics to supersymmetry and string theory. Since a few years he has been carrying out a fruitful research programme on the physics of axions and is a world expert on this subject.

ABSTRACT
While providing a simple dynamical explanation for the smallnessof CP violation in strong interactions the QCD axion is also oneof the most compelling candidates of dark matter in the Universe. While the presence of relic QCD axions is almost guaranteed if suchparticle exists a reliable computation of its abundance is still lacking. Such information could be pivotal in both focusing the experimental effortsand drawing the right theoretical conclusions should such particle be found. In this talk I will review the challenges of such computation and the most recent developments.